My second entry extends the question asked in my first post to Quantum Mechanics (QM). Is QM deterministic? Unlike for classical mechanics (CM), an adequate response here demands consideration of the various interpretations of QM. Relative to CM, QM is much less well-understood, and the different approaches to making sense of it affect the status of determinism within its structure. I’ll choose three of the well-known interpretations and attempt to evaluate determinism within each. All interpretations share some set of theoretical material. What distinguishes the approaches, in my understanding, can be satisfactorily described by how each purports to resolve the measurement problem (see reference material and/or additional links). Let’s jump right in.
First, there is a theoretical core that is common to all the interpretations of QM. Some of this core is quite mathematical (e.g. operators in Hilbert space), but the more physical aspect is basically that quantum states evolve according to the Schrodinger equation. As far as my understanding goes, it is relatively uncontroversial to claim that the time evolution according to the Schrodinger equation is deterministic. So the basic core of the theory is deterministic, and each interpretation will then build around this core to either preserve or violate this determinism.
Perhaps the most well-known interpretation of QM is the so-called Copenhagen interpretation. It is actually a family of views that diverge in important ways, and a one paragraph summary certainly doesn’t do it justice, but let’s crudely summarize anyhow. According to this view, quantum mechanics (in particular, the wave function) is a tool for determining the probabilities of certain experimental outcomes. The process of measurement, in some mysterious manner, causes the system under study to suddenly assume one of a number of different possible states, a process known as the “collapse of the wave function”. The exact result that one observes in any particular experiment cannot be predicted, only described probabilistically. There seem to be antirealist and pragmatist themes to this view – don’t worry too much about fundamental ontology, just use the theory for what it’s fantastically good at, and infer nothing more. I think it’s clear that this view leaves QM decidedly indeterministic. We can describe the probability distribution that obtains among a set of possible experimental outcomes, but the result of each individual experiment is fundamentally random.
We move from a kind of antirealism to a kind of realism. The “many-worlds” interpretation regards the wave function as objectively real, and the theoretical core of QM as in some sense complete. Systems evolve only in accordance with the Schrodinger equation. What follows is that the wave function never collapses, as we seemingly observe, but instead every possible outcome of a given quantum experiment is somehow realized. The apparent incongruence between this claim and our experience is made possible by a radical assertion. When a quantum experiment is performed, the world “branches” into many parallel worlds. Each parallel world exhibits a possible outcome of the experiment such that all possible outcomes are realized. Within the many-worlds framework, there are ways (too involved to delve into here) of trying to explain the apparent probabilistic nature of quantum experiments that we observe. The question vis-à-vis determinism is if these explanations succeed in banishing the indeterminism of, say, the Copenhagen interpretation. My empiricist reaction is to say that the apparently probabilistic nature of the outcomes of quantum experiments in this world, the one we observe, is the explanandum. If your explanation involves positing countless other worlds that are, almost by construction, unobservable, rendering personal identity unintelligible along the way, then perhaps it’s not much of an explanation after all. It’s unclear to me whether many-worlds gives us a deterministic QM.
The last interpretation I’ll mention is Bohmian mechanics. This interpretation of QM differs from the previous two in two important respects. First, the classical notion of definite position is restored. In addition to the wave function, a complete description of the state of a system also includes the definite positions of the constituent particles. Second, mathematical structure is added to the common QM core. The wave function evolves according to the Schrodinger equation, but the particle positions evolve via the “guiding equation”. The time evolution of a system is completely deterministic. The wave function describes the randomness (arising via ignorance) in initial particle positions, and this randomness is deterministically evolved through the experiment to yield the apparently random outcomes we observe. I understand Bohmian mechanics to be completely deterministic, or at least as deterministic as CM.
So where does this leave us? I come back to the conclusion that I attempted to articulate at the end of my first post. Let’s imagine a world “governed” entirely by QM at the most fundamental level. Is such a world deterministic? It depends on which flavor of QM, but let’s take the Copenhagen interpretation for argument’s sake. The state of a system (a single particle, the universe, etc.) as described by its wave function evolves deterministically according to the Schroedinger equation. Whenever a quantum experiment occurs (a double-slit experiment is performed, a Uranium atom undergoes alpha decay, etc.), the system evolves in a purely random way, albeit in a way we can describe with the language of probability. The overall picture of the world that results is one in which events unfold in two distinct ways: deterministically or in a purely random, acausal manner. In my understanding, this is the picture of the world that CM and QM are giving us. 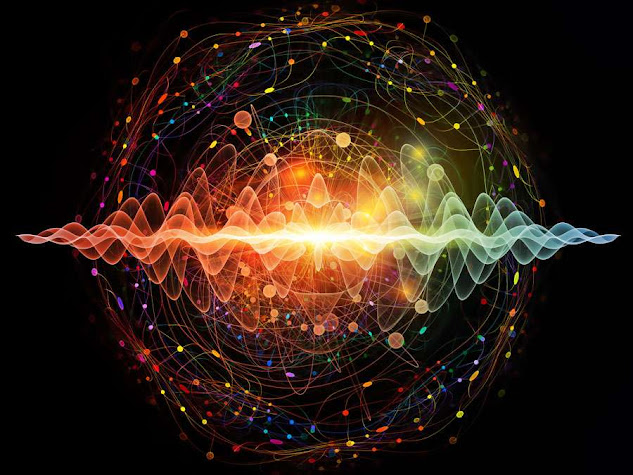