My initial approach to emergence, outlined in my previous post, finds a perfect home among the views of contemporary philosophers. A discussion of these views will help situate and refine my conception and lay a firm foundation for the use of the concept in future investigations. Here we go.
A great place to start is Mark Bedau’s distinction between three different types of emergence (John Searle makes a similar distinction): nominal, weak, and strong. Nominal emergence (Searle’s “emergent1”) is simply the notion that certain properties or characteristics at the macroscopic level cannot be possessed by the entities constituting the underlying microscopic level. Bedau’s example is a micelle, a spherical conglomeration of lipids in which the hydrophilic end is facing outward, the hydrophobic end inward. The permeability of a micelle wall is a property that only the micelle can have. A single lipid cannot have permeability – the concept is simply not defined for a single molecule. Searle mentions solidity, liquidity, and transparency as examples here. These are properties that only macroscopic materials can possess. They are not defined for the atoms or molecules making up the materials.
Next up is strong emergence (Searle’s “emergent2”). Strongly emergent properties (entities, characteristics, etc.) are emergent properties that also have irreducible causal powers – causal powers that cannot be explained by the causal interactions of the microscopic parts. These causal powers typically include the ability of the strongly emergent property to causally effect the microscopic level, so-called downward causation. It seems this notion of emergence is typically the one that enters conversations in the philosophy of mind to characterize qualia, consciousness, etc.
Bedau positions the concept of weak emergence between the nominal and strong varieties. Weakly emergent properties are nominally emergent properties that are only derivable from microscopic facts via direct simulation. The reference to simulation makes weak emergence a kind of spectrum of concepts describing properties that are variously derivable:
Bedau’s example of a weakly emergent property is that of indefinite growth in a given instance of Conway’s Game of Life. For some initial configurations, it is an initially open question whether living cells will continue to be added, growth will eventually stop, or all living cells will eventually die. In some situations, this question can apparently only be answered by directly simulating the configuration and observing the results.

With this taxonomy of emergence in place, I can now stake out my position. My main claim is basically that strongly emergent properties (entities, characteristics, etc.) don’t exist. Bedau seemingly agrees with me, calling strong emergence “scientifically irrelevant”, among other things. If my reading is accurate, Brian McLaughlin and Jaegwon Kim also seem to agree. I won’t go into exhaustive detail here. My point at the moment is that, at the very least, the denial of the existence of this strong form of emergence at least has a place at the table of philosophical respectability.
I want to also sketch an epistemological view of weak emergence, as I hinted at in my last post. This is where I stray from Bedau’s view, but my view is shared by two other philosophers, Carl Hempel and Paul Oppenheim. Let’s say we have a certain phenomenon that we think is weakly emergent, by which ever formulation you like. The only way we can understand how this phenomenon comes about is by directly simulating the microscopic dynamics of which it is composed and observing the results. Then along comes some brilliant scientist who invents/discovers a theory that allows us to predict the macroscopic phenomenon without recourse to direct simulation. We now come to understand the phenomenon as no longer weakly emergent, merely nominally emergent. In this way, the status of some property as weakly emergent is relative to our best scientific understanding. 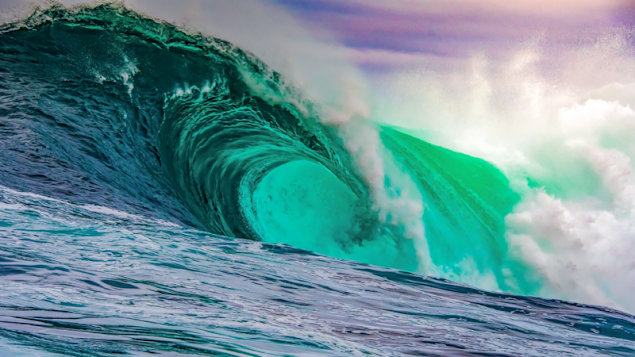