What's In Your Head, Zombie?

Posted by Jeff Stamp on 10/23/2020
Reference Material:
The Conscious Mind by David Chalmers

My last post mentioned a way of approaching naturalism that we now continue here. The basic idea is to consider the ontological status of certain entities that seem inadequately accounted for by a purely physical description of the world. We ask questions of the form: given naturalism, what about x? Today, x is consciousness, and the discussion will center on an inquiry of David Chalmers’ The Conscious Mind. Roughly speaking, Chalmers’ general conclusion is that physicalism is false because it cannot account for consciousness. Let’s see how he gets there.
First let’s try to be as clear as possible about what we mean when we talk about consciousness. There are many ways to try to nail down the concept. One is Thomas Nagel’s conception – roughly, someone’s consciousness is what it is like to be them. Another way is to stress the 1st-person, subjective character of consciousness, contrasted against the 3rd-person, objective character of, for example, scientific explanations of phenomena. Chalmers mentions a third. Consciousness is more or less synonymous with experience – a person’s consciousness at any given moment is the experience they are having at that moment. Some blend of these three formulations is about as precise as we can be at this point (or maybe ever).
Now on to Chalmers’ argument. The first premise, as I see it, is that consciousness is real, and we have to take it seriously. How do we know consciousness is real? We can let Chalmers explain:
And in more detail later in the book:

“Don’t-have-a-clue materialism. “I don’t have a clue about consciousness. It seems utterly mysterious to me. But it must be physical, as materialism must be true.” (162)

Now, it’s not that I think materialism must be true. But there is so much good evidence for it being true (from the physical sciences) that an argument claiming to demonstrate its falsity better be pretty solid. In particular, such an argument better not have implications so counterintuitive as to border on the incoherent. 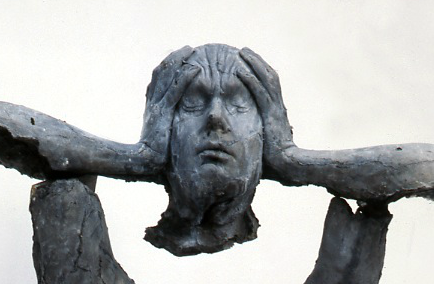