A Preliminary View of Emergence

Posted by Jeff Stamp on 12/17/2019
Before moving on to some more philosophical reading on emergence, I want to articulate a view of the concept. My purpose is to try to lay out my ideas in relatively precise language, and then engage with some of the previous work on the subject to see where, if anywhere, my view fits in. That engagement can then help ground any use of the concept moving forward.
My view starts with a claim. Consider a system that is said to exhibit emergent behavior, where the admittedly slippery concept of emergence is taken to be consistent with the conception I’ve already outlined. Assume that you have complete knowledge of the dynamics (rules, laws, etc.) at the microscopic level. Assume also that you have access to truly unlimited computational resources. Question – could you predict the macroscopic, emergent behavior? My claim is yes, you could. I’ll expand on some terms/phrases to better clarify the claim:
Another version of the claim (by “version”, I don’t claim complete logical equivalence, though it’s possible) is that deterministic microscopic dynamics imply deterministic macroscopic behavior. One has to be careful in this formulation to not interpret determinism in a practical, predictive sense. All the caveats of the previous formulation still apply. A system’s microscopic dynamics could be complex enough as to prevent prediction in any practical sense, and yet still be deterministic (and yield deterministic macroscopic behavior) in the sense I’ve outlined in previous posts.
These claims lead me to a kind of epistemological view of emergence. A given system may exhibit some striking emergent macroscopic behavior. This behavior may be impossible for us, in practice, to predict, for a variety of reasons: uncertainty in empirical parameters of microscopic rules/laws, uncertainty in initial conditions, limits on computational resources, etc. However, if we understand the microscopic dynamics, we can say that our inability to predict the emergent behavior in practice is just that – only in practice. In principle, in the senses above, prediction is possible. The striking nature of the emergent behavior is then only striking in an epistemological sense – only because of the real-world limits on our knowledge.
Time to dig into some philosophical conceptions of emergence and find how this view might fit in. 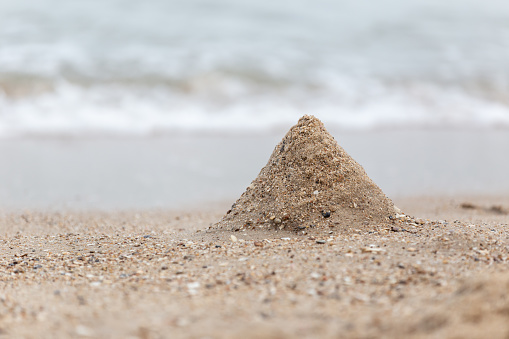