Occasionally, in my intellectual meandering through today’s media landscape (books, articles, podcasts, social media), I encounter content that is directly related to issues I’ve tried to address on this blog. Recently, Michael Shermer (Skeptic magazine) moderated a discussion on free will on his podcast (The Michael Shermer Show) between Dan Dennett and Gregg Caruso. This post serves as my commentary on the discussion, with particular emphasis on how it relates to ideas I’ve touched on previously.
First, their (and my) views are both in the same ballpark. They both reject libertarian free will as basically a philosophical fantasy. They both cast determinism in a less central role than it plays in some historical views, i.e. indeterminism or randomness does nothing to “save” free will. So this discussion was not a debate between thinkers using diametrically opposed frameworks. It wasn’t even a traditional compatibilist vs. hard determinist dialectic. Rather, it dealt with some of the finer distinctions at the border between free will skepticism (Caruso) and Dennett’s adjacent compatibilism (if that label is even appropriate).
Caruso presents a view that is very similar to the one I’ve developed through this blog. In defining free will, he ties it directly to moral responsibility:
Initially I was skeptical of this definitional move (Frankfurt Cases), but I soon began to suspect it was unavoidable (Recurring Themes). Galen Strawson’s work really pushed me toward accepting it as a pragmatic definition (Freedom and Belief). The interdependence between freedom and responsibility is used, often implicitly, in thought experiments to tease apart various notions of freedom, and this definition just makes that interdependence explicit. Caruso gives us an additional, related reason to prefer this definition – it keeps free will tied to important practical matters. People care about free will, but they care about it largely because it seems intimately related to praise and blame, reward and punishment. So why not codify this connection to keep our philosophical discussion tethered to real-world problems.
With free will suitably defined, Caruso characterizes his free will skepticism like this: “who we are and what we do is ultimately the result of factors beyond our control, and because of that, we’re never morally responsible in a very particular and pervasive sense, the basic desert sense” (18:10). Of course, we’ve seen this argument before. It’s basically Galen Strawson’s free will skepticism from Freedom and Belief (he’s preaching to the choir here). But Dennett did a nice job interrogating certain aspects of the view, so we’ll probe it by following his critiques (and Caruso’s replies).
So what does Dennett take issue with in this view? One problem is a practical one concerning moral responsibility. Dennett thinks that, by denying the existence or coherence of a particular form of moral responsibility, Caruso and his fellow skeptic Dirk Pereboom (see Reading) encourage people to eschew all forms of moral responsibility. It seems Dennett is almost warning against a kind of moral apathy, or even nihilism, setting in were we to adopt Caruso’s view too casually. Dennett would rather encourage people to take responsibility. We have “a socially evolved, intelligently redesigned, and communally established set of traditions and laws” for conditions under which people are responsible – it’s whether they can control themselves (25:30). Under such conditions, we should hold people responsible for maintaining their self-control, and we can criticize or even punish people for negligently relinquishing that self-control, because the rest of us depend on it. If people reject moral responsibility completely, we lose our ability to manage society in this way.
Caruso thinks his view can at least partially parry this pragmatic critique. In particular, he thinks we can foster and take advantage of a kind of forward-looking moral responsibility. We can reflect on our reasons for action, recognize flaws that led to suboptimal behavior, and acknowledge a desire to change moving forward. We can also try to elicit, or perhaps even demand, this kind of responsibility from others. Importantly, this kind of moral responsibility is not grounded in any kind of desert, but rather “future reconciliation, future safety, and future moral formation” (33:00). Dennett stresses taking responsibility; the process above would be Caruso’s version of that.
At times in the conversation, Dennett also seems to think that punishment is never justified under Caruso’s model. He describes this supposed downside of Caruso’s view like this:

I want to live in a secure non-failed state, where people can go about their business freely and securely, and don’t have to worry about being harmed by people, because people pretty well know how to control themselves, and they have good reasons to control themselves. That world depends on the law and it depends on punishment. Nobody, not Gregg, not anybody, has ever described a system which has laws and no punishment. (26:55)

But Caruso believes his view can support a relatively robust system of laws and punishment. The state reserves the right to coerce and restrict the liberty of individuals on the basis of self-defense and public safety. In his words:

Criminal acts that equally pose a significant threat to public safety can justify liberty limiting restrictions and state coercion on the right of self-defense and prevention of harm to others, analogous to the justification for quarantine, and you can do so without appealing to free will, retribution, basic desert, just deserts, or moral responsibility. (37:50)

This type of forward-looking, consequentialist justification for punishment is very common among free will skeptics, according to Caruso. It seems a bit misguided to claim, as Dennett does, that Caruso’s view can’t justify punishment.
With some of the pragmatic objections out of the way, we’ll now get into the weeds of one of the central conceptual disputes in the conversation, and the free will debate more generally – desert. Dennett thinks the notion of basic desert that Caruso employs is in some sense a nonsensical one. And in a way, Caruso agrees – there is no such thing as basic desert, or at least, if you want to say there is, it doesn’t apply to anyone. But Dennett maintains that there is still a notion of desert that’s useful; it’s the familiar sense of the term. He gives some examples to try to flesh this out:
It’s this notion of desert that Dennett thinks Caruso’s view incorrectly leaves out. Dennett wants to preserve it:

The free will worth wanting, the kind we should all want, and want others to want, and want to preserve, is a socially-embodied, constructed, endorsed, and relied upon set of practices and concepts. It includes a notion of desert. That notion includes, sometimes, joy and anger. Yes, it is understandable that people would be angry with somebody who they know knows better than to do something. They do something wrong, they deserve not just our criticism, they deserve to be punished! In the everyday sense of desert. Not basic moral desert, whatever that is. That’s a philosophers-only notion. It doesn’t play any role in the law, and it doesn’t play any role in the intuitions that support the policies we have about holding people responsible. (1:32:15)

But Caruso disagrees. Retributive justifications for punishment presuppose free will and basic desert, while consequentialist ones do not. The law often uses retributive justifications for punishment; it therefore presupposes basic desert in such cases. In Caruso’s view, no one has basic desert moral responsibility, so laws that presuppose it are unjust. Dennett later agrees with this. But where Caruso takes issue with Dennett’s view is that he thinks the continued use of the language of desert ends up giving cover to these retributive justifications.
The conflict seems to be this. Dennett maintains a forward-looking, consequentialist justification for the system of desert, in which desert keeps its everyday, backward-looking sense. Caruso sees retaining this language as confusing because it’s hard to shave off the retributive and intrinsic uses of the term. If Dennett’s notion of desert includes these retributive uses, then the language of desert should be discarded. If it doesn’t, then it’s a kind of watered-down, forward-looking, consequentialist desert. What would then separate Dennett’s view from the consequentialist account of punishment given by the free will skeptics? Either way, the language of desert has muddied the waters.
I tend to come down on Caruso’s side of these issues, but I’d highly recommend people listen to the conversation and decide for themselves. In closing, I’ll briefly mention something Dennett said at one point, almost in passing:

We do need the randomness of coin flips and dice throwing. We need that, we do! You can’t be a robust and resilient and autonomous agent if you can’t keep your future to some degree uncertain and unknowable by other agents. (12:40)

Agreed, but I’d go further. Because of the temporal asymmetry in the ability to do otherwise, I’d argue that, in order to be that kind of robust and autonomous agent, your future must be to some degree unknowable by yourself. Let’s pause there and let that thought marinate. 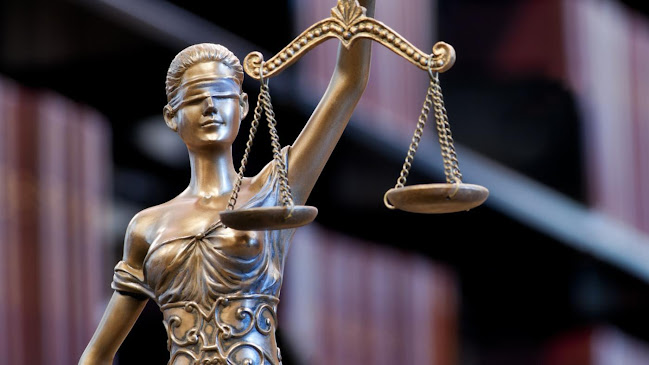