I’m now entering a discussion on what I’ve come to see as some of the most compelling philosophical material in the free will debate, Galen Strawson’s Freedom and Belief. In considering Strawson’s ideas, I’ll sketch my personal positions in the debate and continue to hit on themes from earlier posts. Let’s go.
Strawson makes an interesting definitional move right at the beginning of the book. He defines freedom or free will circularly:
At first, I was fairly dubious of this circularity. But reconsidering this conception in light of the definitional disagreements at the heart of the free will debate has made me more accepting, for two reasons. I do think these definitions capture the pre-theoretical notion of freedom that most people carry around with them. Did he make that choice freely? Yes he did – he’s responsible for that choice, and it’s consequences. If they’re positive, he’ll receive credit. And if not, he’ll shoulder the blame. And rightly so – it’s only fair. After all, it was his choice. He was free to choose either way. Doesn’t that just sound right? For me, that kind of thinking perfectly encapsulates the folk notions of free will, responsibility, and desert. Strawson’s definitions just codify those notions, showing their none-too-impressive logical structure.
I’m also partial to Strawson’s definition because it admits right up front an equivalence that occurs everywhere in this debate. Strawson defines free agency as responsibility bearing. To be free is to be responsible. The two are equivalent. This equivalence is useful, and is justified, for the following reason. Whenever we’re arguing about whether we have free will, or what does or doesn’t constitute freedom, we’ll use thought experiments to make our case. These thought experiments will inevitably turn on intuitions about free will under specific circumstances – think of the intuition relied on in Frankfurt-style cases, that Alex’s decision to vote for Doug was free. How is this intuition explained? How can we say Alex’s decision was free? Because we would hold him responsible. These thought experiments rely on the equivalence of freedom and responsibility to have force. Instead of burying that equivalence in argumentation, Strawson lays it bare from the start.
I now want to give a brief sketch of Strawson’s central argument. It goes something like this:
I must say up front that I think this argument, or something quite like it, is basically correct. Strawson thinks 1) is true (and I agree) because to be truly responsible for how one is, one must have consciously chosen to be that way – consciously chosen based on some set of reasons or desires. But then such reasons or desires are part of how one is, so one must have consciously chosen those as well. The resulting infinite regress undercuts the possibility of true self-determination. Here again we encounter infinite regress issues in trying to identify the locus of agency, the self. 2) to me seems obviously true. It seems obviously true if you conceive of humans as purely physical systems – that system acts the way it does because of how it is (together with the laws of nature). It seems equally true if you view humans from the normal, high-level, mentalistic perspective – that person chose the way they did because they desired the likely outcome, or were afraid, or thought it most prudent, etc. 3) and 4) seem to be rather basic logical deductions. What could be simpler?
Of course, many philosophers disagree, and much ink has been spilled over such disagreement. I’ve already expressed by aversion to the dialectic at this level. I think Strawson’s work is especially valuable because he offers a perspective on freedom that steps outside of that dialectic by analyzing what he calls the phenomenology of freedom. That will be the subject of my next post. 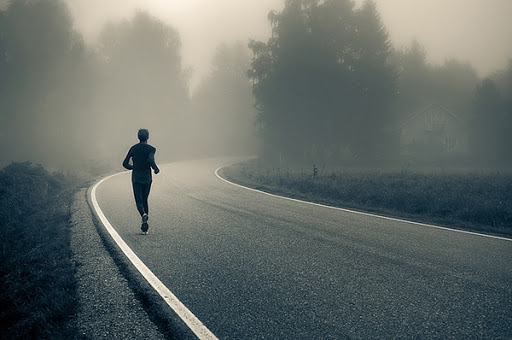