The Phenomenology of Freedom

Some of the most interesting ideas related to the free will debate I’ve come across are found in Galen Strawson’s work on what he calls the phenomenology of freedom. This is the analysis of the first-person subjective aspects of the freedom we all “know” we have. Strawson’s inquiry contains several different thought experiments or “case studies” which collectively serve as useful entry points into his thought. Let’s explore.
We’ll start with what Strawson simply refers to as “the thought experiment”. In order to appreciate the potential force of this thought experiment, one must understand both Strawson’s argument for the impossibility of free will (see my previous post) and its appeal to those who harbor incompatibilist sympathies. I don’t think it’s necessary to actually, deep down, accept the argument, but I could be wrong. The thought experiment is this – try to go through some portion of your day and think about every action you take, every little decision you make, as determined outside of yourself. Not outside of your physical body, but outside of the mental you that you conceptualize as an agent. That is, even if you don’t agree with Strawson’s argument for the impossibility of free will, try to imagine that you did, and then try to consciously reflect on its implications for every decision, event, or occurrence in which you might otherwise feel a sense of agency.
What might happen? Strawson’s suggestion, and I think he’s basically right, is that an honest and whole-hearted attempt to carry out the thought experiment will lead to something like a strange dissolution or alienation of the mental self. Although in every instance there is certainly someone (something?) doing something, and one might have a sense of observing that someone, it’s certainly not me. In Strawson’s words:

“although one does somehow or other exist (as a mental someone), and although one does continue to act in various ways, still one cannot be said to do anything oneself, because determinism gobbles up everything, revealing everything one does to be not really one’s own doing.”

One thing that the thought experiment shouldn’t do – it shouldn’t paralyze you for fear of a complete inability to do anything at all. In one of my favorite lines of the book, “one cannot decide not to decide anything on the grounds that one cannot decide anything”. That’s pure gold.
I agree that repeatedly and habitually practicing the thought experiment might lead one to semi-permanently adopt the kind of detached spectatorial view Strawson describes above. You’ll be well on your way to becoming someone like the Spectator, the next in line of Strawson’s thought experiments, though this one is more of a philosophical case study. Strawson introduces the Spectator as someone who

“acts, and for reasons that she can give, but it is as if it is not really she who desires, decides, and acts, but rather as if her desires and beliefs work it out among themselves beneath her detached, spectatorial, inward gaze. And the reason this is so is that this is how it seems to her – this is how she experiences desire and agency.”

Strange creature, the Spectator. She has all the decision making and rational deliberation abilities that normal people do, except she just experiences those abilities, from a subjective 1st-person perspective, very differently. She just simply does not experience her mental self as an agent, only a witness to agency.
The key question Strawson wants to ask with respect to the Spectator is, is she free? Can she be said to have free will, to be responsible? Strawson thinks the intuitive answer is no, in an important sense. I agree. It would seem very weird to, for example, inquire into some action that she took and hold her responsible for its consequences. The person you are addressing, the mental subject you’re talking to, isn’t related to her actions in the way required for such an inquiry to make sense. “You shouldn’t have done that”, you might protest, and she could respond, “I didn’t – I merely observed it being done.” One seems completely out of place trying to hold her responsible for her actions in the normal way, the way synonymous with having free will. Notice how this conclusion – that the Spectator isn’t free – is deeply related to issues of personal identity, as we’ve discussed before. The reason the Spectator can’t be responsible is because, in some important sense, she isn’t the actor. She’s an ever-present bystander. Her identity as an experiencing mental self is not linked with agency in a way that allows her to identify with that agency.
Another philosophical case study to set up the central issue (we’ll get to that) from another angle – the Natural Epictetans. Strawson invites us to imagine a race of creatures

“who are never undecided in any way; who never hesitate in any way about what to do; who never consciously deliberate about what ends to pursue, or about how to pursue them – having no need to; and who always succeed in doing what they want to do.”

The Natural Epictetans are quite unlike the Spectator. It’s not that they don’t identify with their agency. It’s that they have no subjective experience of choosing, like we do. And this is not because they don’t have the ability to choose. They choose all the time. But they are always able to choose as they wish, or rather, are always wanting to choose as they can and in fact do. They never waiver, never second guess.
And again Strawson asks the question – are the Natural Epictetans free? It seems that in one sense, they are. They certainly have free will in the to-do-otherwise sense. They always choose as they desire, and do as they choose. But it also seems like they are lacking something absolutely critical, something about the experience of freedom. Strawson likens them to hearing creatures living in a silent world. In one sense, they experience silence just like we do. But in another sense, they have no idea what silence is, and therefore can’t possibly experience it like we do, because they’ve never heard noise. Similarly, the Natural Epictetans can’t appreciate or experience freedom, because they’ve never encountered indecision. It seems out of place to call them free.
Through the examples of the Spectator, the Natural Epictetans, and others, Strawson drives at the following point. There is something about being free that relies on a certain attitude towards that freedom. That is, you have to experience freedom in a certain way in order to properly be called free. Both the Spectator and the Natural Epictetans lack this experience. The Spectator lacks the right form of experience because she, the mental entity, does not identify with her own agency. The Natural Epictetans never encounter a quintessential component of free experience, indecision. Neither can be said to know or understand what freedom is. Neither believes they are free. It is their lack of belief in their own freedom, according to Strawson, that compels us to claim that neither the Spectator nor the Natural Epictetans are free. Somehow, belief in freedom is a necessary condition of freedom itself.
That is a tough pill to swallow, philosophically. You can have everything necessary for freedom – freedom to do otherwise, rational deliberation, and on and on. But if you don’t experience that freedom in the right way, a way that leads you to believe you are in fact free, then you aren’t actually free. If that is true, freedom is a strange thing indeed.
But wait! I do believe I’m free, therefore I am free. Not so fast. Notice that replacing “free” with almost anything else (smart, tall, etc.) yields nonsense. This is because such a claim violates what Strawson calls the Principle of Independence – if you have a belief, it can’t be that you having that belief is a necessary condition on its being true. More concretely, consider two worlds, A and B, identical except for in A, you believe proposition P, and in B, you do not. The Principle of Independence states that P has the same truth value in both worlds. If P is false in B, your believing P in A cannot suffice to make it true in A. This principle is very foundational to our notion of truth. I won’t defend it in detail here, but just note that intuitively it seems absolutely critical to our understanding the world. Discarding it would seem to undermine inquiry itself. And claiming that belief in your own freedom actually makes you free contravenes this principle. This view then, the subjectivist view of free will, should be abandoned.
And yet we really do have a subjective experience of choice, agency, and freedom. Where does all this leave us? I have a lot of sympathy for Strawson’s conclusion. It’s impossible for us to be free, and yet it’s impossible for us to not experience freedom. This seems to make freedom perhaps the strangest concept in existence. Such is the human condition. 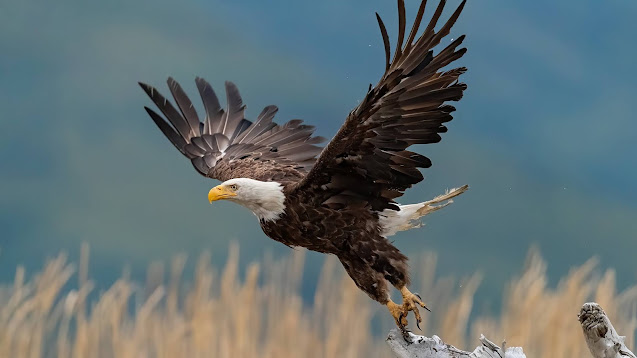