The Picture So Far

Posted by Jeff Stamp on 7/21/2020
I’m going to interrupt the discussion of possibility and try to paint an overall picture of the worldview that’s been developed so far. I’ll overview the several areas of inquiry I’ve explored in previous posts, and suggest branching off points from each for further reading/writing.
1. Determinism (or, the Laws of Nature)
Our best theories of the fundamental workings of the universe are Quantum Mechanics and General Relativity. Classical Mechanics is in the mix as well – it’s not a fundamental theory, but it describes much of what occurs on human scales of mass, length, and time. All three theories are, for the most part, deterministic. CM and GR admit certain classes of nondeterministic behavior, but this behavior can only manifest itself as purely random. There are fundamental disagreements about the interpretation of QM, but whichever interpretation ultimately prevails, we’re either getting a purely deterministic theory, or a largely deterministic theory with elements of pure, unadulterated randomness. This is the status of determinism in our best understanding of the physical world.
Now, in some ways, this was a bit of a strange place for me to begin, because it presupposes so much. The best summary of what I’m assuming in advance of the determinism discussion is the philosophical worldview known as naturalism. Broadly speaking, naturalism is the assertion that only natural (as opposed to supernatural) causes pertain in the universe, and these natural causes contain regularities described by the laws of nature. Naturalism is often associated, but is not necessarily coincident, with materialism (the philosophical doctrine) and atheism. The broad, sweeping claims of naturalism and related isms are definitely something that should be explored in future posts.
2. Emergence
The basic position coming out of the posts on emergence is that “nothing magic happens”, that is, there are no strongly emergent properties (see post 6 for Bedau’s taxonomy of emergence). I don’t have tons of ideas for additional work here, partly because I like Bedau’s treatment so much. One specific book that might provide an interesting wrinkle here is Jenann Ismael’s How Physics Makes Us Free. In her appearance on Sean Carrol’s Mindscape podcast, she claimed that strong emergence was possible, and if I remember correct, perhaps even likely or necessary given our knowledge of the physical universe. This struck me as quite a strong claim (for what it’s worth, Carrol agrees with me) so it would be interesting to see if she expands on that idea in her book. The book would obviously also tie into the next main topic of past posts…
3. Free Will
The most philosophically mature topic I’ve approached on the blog – the territory really is vast. I’ve only scratched the surface. Broadly speaking, my sympathies lie with the impossibilists – at the end of the day, the concept just doesn’t seem coherent. However, what I’ve appreciated most from my reading are analyses that challenge or circumvent the traditional dialectic in some way. I see at least three areas in which one can make headway against the traditional arguments.
The first is the concept of the self. We saw issues dealing with the self appear in the analysis of free will as the freedom to do otherwise and in Frankfurt’s hierarchical theory of free will. In both cases (and probably others as well), equating the self with some particular level of desire seemed critical to the argument. Criticizing this conception of the self, holding an alternative conception, or advocating skepticism with regard to the concept in general would all seem to undermine these traditional free will arguments, suggesting further investigation of the self and its various philosophical incarnations.
Much of free will argumentation also seems to rely on the connection between free will and some normative notion of responsibility or desert. We encountered this reliance in Frankfurt cases and P.F. Strawson’s discussion of the reactive attitudes. To make sense of these arguments, to justify them to oneself, requires a robust theory of morality and normativity in general. Obviously this is a massive undertaking, but to make any progress here, it has to be tackled. This will bring us face to face with another philosophical behemoth, moral philosophy.
A third way in which interesting ideas get dragged into the free will debate is in Galen Strawson’s exploration of the phenomenology of freedom. There we encountered the intriguing idea that the first-person subjective experience of freedom was somehow a crucial element of free will. Indeed, a certain type of such experience seems a precondition for one’s being free. Fully wrapping our minds around this idea will push us towards an understanding of first-person subjectivity, which leads directly into the philosophy of mind.
4. Possibility
My views here are probably not well formed enough to offer a useful summary, and I might move on from the subject prematurely to delve into the topics suggested above. However, the concept of possibility will inevitably reenter the discussion in the future, especially when we get to moral philosophy. As just one example, how does the prescriptive “should” relate to various notions of the possible?
So the investigations so far have pointed towards naturalism (and other comprehensive worldviews), the nature of the self, moral philosophy, and the philosophy of mind as further areas of study. Comprehensive overviews of even one of these topics could comprise a life’s work. Then again, what else is life for? 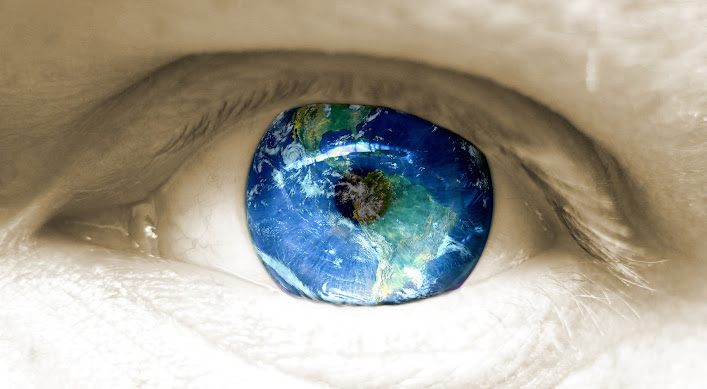